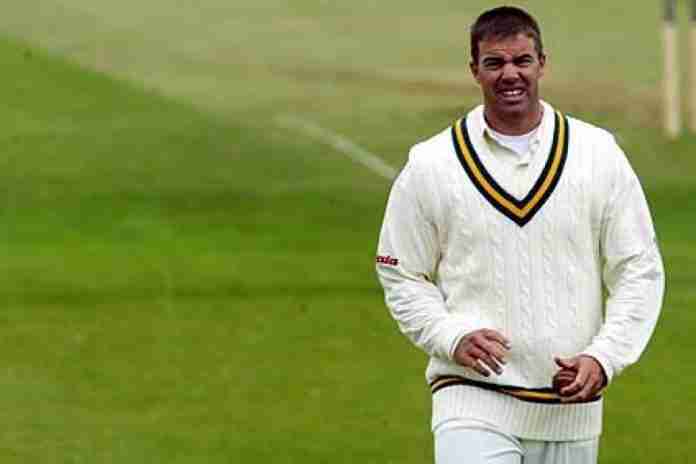 Former Zimbabwe cricket captain Heath Streak has been banned from the game for eight years after admitting that he took money – in bitcoin – from an Indian bookmaker.

Streak accepted five charges of breaching the International Cricket Council’s anti-corruption code by giving out inside team information, the ICC announced Wednesday. The charges relate to a time when Streak was Chevrons coach between 2016 and 2018.

According to the ICC’s charge sheet, Streak disclosed information in relation to matches in the 2018 Tri-Series involving Zimbabwe, Bangladesh and Sri Lanka, the Zimbabwe v Afghanistan series in 2018, the IPL 2018 and the APL 2018.

The ICC identifies Streak’s contact only as “Mr X” in the investigation report.

“In September 2017, Mr Streak began a WhatsApp conversation with an Indian gentleman, Mr X, at Mr X’s instigation, who said he was interested in organizing a league in Zimbabwe and who asked Mr Streak if he would be interested as he could earn some good money from it,” says the ICC’s findings.

“During the course of these conversations, which lasted for a period of more than 15 months, Mr X asked Mr Streak to provide him with various information in relation to tournaments and matches he was involved with,” the ICC says.

Streak admitted to accepting 2 bitcoins from Mr X, which he converted into US$35,000 in cash. During the APL, Streak also got a new iPhone for his wife, which he did not disclose.

Says the ICC: “Mr Streak has accepted that, despite his obligation to do so, he failed to disclose receipt of this payment to the ICC ACU or any relevant Designated Anti-Corruption Official.”

“Under the provisions of the Code, Mr. Streak chose to admit the charges and agreed the sanction with the ICC in lieu of an Anti-Corruption Tribunal hearing. He will be free to resume his involvement in the game on 28 March 2029.”

As the ICC investigation closed in, Streak and Mr X discussed “what Mr Streak should say in the interviews to ensure that they both told the same story”. On Mr X’s instruction, the ICC found, Streak also deleted the man’s number from his phone.

Alex Marshall, ICC General Manager of the Integrity Unit, said: “Heath Streak is an experienced former international cricketer and national team coach, who had participated in numerous anti-corruption education sessions and was fully aware of his responsibilities under the Code.

“As a former captain and coach, he held a position of trust and owed a duty to uphold the integrity of the game. He breached the Code on several occasions, including facilitating the approach of four other players. At times, he also sought to obstruct and delay our investigation.

“The offences did not affect the outcomes of any relevant matches and Mr Streak has agreed to assist the ICC anti-corruption education programme for which we are grateful. He has also expressed his remorse and contrition and entered this agreed sanction decision to avoid the need for a full disciplinary process. The sanction reflects this cooperation.”