For the country’s biggest brewer, Delta, the glass is optimistically half full; sales are defying lockdowns and the economy is showing signs of a “nascent recovery”. But the cup is not running over yet, as concerns over policy uncertainty remain.

Despite lockdown restrictions, the group sold 139% more lager beer than the same time last year. Sales in ZImbabwe of sorghum beer, led by the Chibuku Super brand, were up 106%. There was a 205% growth in soft drinks volumes.

Much of the spending, Delta says, continues to come from infrastructure spending, farming and mining.

“The country has recorded some increase in consumer disposable incomes, benefiting from the higher economic activity, driven by infrastructure spending, growth in agricultural output and increased mining activity which injected liquidity,” Delta says in a quarterly report for the period to June.

But uncertainty over policy is a blot on recovery. Statutory Instrument 127, which imposed fines on businesses for charging prices at unofficial exchange rates, had knocked sentiment, Delta says.

“The nascent recovery in the Zimbabwe economy, as reflected by slower inflation and a stable exchange rate, was negatively impacted by the dent in confidence in the use of foreign currency for domestic transactions arising from the policy interventions under Statutory Instrument 127 of 2021. There are pricing disparities arising from the wide margins between the official and market exchange rates.”

However, that sales are up despite plant maintenance and lockdown measures show the resilience of consumer demand.

Lager volume is “trending up” due to better pricing, improved product supply, and the introduction of new returnable glass. Sorghum beer volume grew even though bars were closed and there were delays in the supply of packaging materials on world markets.

The sorghum category, Delta reports, “is benefiting from the improved agricultural output and better access to rural markets”.

A fizz in the sales

Soft drinks sales were up 205%, showing a continued recovery of market share by Delta.

“This is largely due to consistent product supply and the increased social and economic activities that drive consumption,” the company says.

At Afdis, which sells brands such as Viceroy and Hunters, sales were up 56% over the quarter. Schweppes, which makes Mazoe Orange Crush and other beverages, recorded a 44% jump in sales.

What does Delta expect in the economy over the rest of the year? The company sees even more growth, and expects access to forex to keep getting better.

But Delta wants to see more consistency in government policy, especially on forex.

Says Delta: “The businesses in Zimbabwe will benefit from the improved agricultural output and better access to foreign currency. Further to this, it is hoped that the monetary authorities implement their stated intentions for the auction exchange rate to reflect macro-economic developments following pronouncements made in the recent monetary policy.” 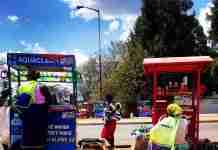 IN CHARTS: What the latest trade data says about the economy