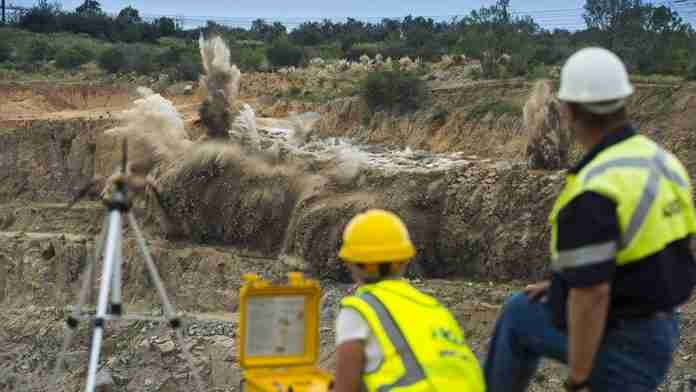 Chinese explosives company Hunan Nanling Industrial Explosive Materials has cancelled its contract in Zimbabwe over what it says is a ‘turbulent domestic situation’ in the economy.

The Chinese government has a significant stake in Hunan Nanling, which is listed on the Shenzhen Stock Exchange and has assets of US$4 billion.

Hunan announced plans in 2016 to invest in a US$7.5 million 12,000-tonne emulsion explosives fixed production line through one of its subsidiaries, Qianhai. The company would buy Chinese tech firm Jinneng to install the plant. But the company says changes in the operating environment in the period since then have convinced the company not to go ahead.

“Due to the turbulent domestic political situation in Zimbabwe and fundamental changes in the political and economic environment, the company was unable to advance the project as planned,” Hunan said in statement.

Explosives are in demand in the mining and construction industries, but Hunan Nanling has faced delays in setting up its operations. In its statement, the company does not give details on its decision to quit.

Hunan Nanling’s decision is a fresh knock for Zimbabwe, which is desperate for mining to lead an investment revival.

The company’s move, and its stated reasons for dropping Zimbabwe, are especially key. Although Zimbabwe is among China’s biggest desitinations for investment in Africa, Zimbabwe sees China as one of its biggest sources of support.

In 2019, China’s charge d’affaires in Harare, Zhao Baogang, had promoted the deal as a boon Zimbabwean mining needed.

“This one will be launched very soon and it will help Zimbabwe a lot especially in the development of mining so they don’t have to import explosives from other countries,” Zhao said then.

Zimbabwe is struggling to meet rising demand for explosives. The country’s leading distributor, Intrachem, has faced delays in completing its new explosives manufacturing plant near Kwekwe. Miners face shortages of equipment such as fuses, leaving many smaller players to rely on dangerous home-made explosives.