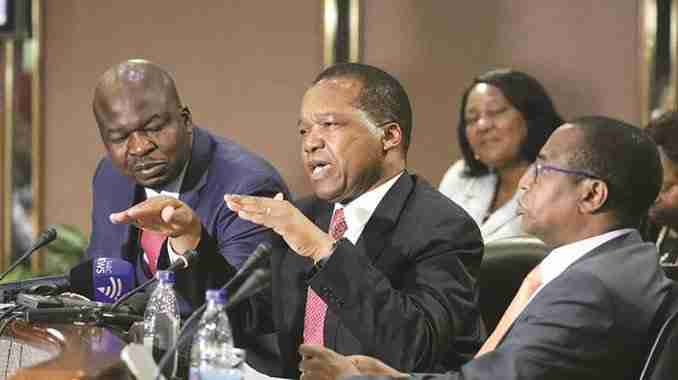 US dollar allowances and allowing retailers to trade in forex show a government shifting into reverse gear, possibly ditching two years’ worth of policy steps to end dollarisation.

The damage ahead is inevitable. It could all have been avoided, had authorities managed their attempt at de-dollarisation better.

Dollarisation sounds nice to many Zimbabweans. There’s a good reason. They recall how it stalled hyperinflation and led into a period of relative stability. In reality, however, it was never going to be sustainable over the long term. It had stunted industry and ran its course.

Zimbabwe needs its own currency. However, the problem is nobody trusts the Reserve Bank of Zimbabwe (RBZ) and Treasury to be the ones to manage it.

Looking at how clumsy authorities have been since reintroducing the Zimdollar, it’s easy to see why.

RBZ refuses to take any blame for the collapse of their Zimbabwe dollar plan.

“It (currency depreciation) was largely a result of behavioural and other non-monetary factors such as negative perceptions, adverse expectations and speculative tendencies of economic agents,” RBZ said in a recent statement.

The reality is different. Central bank and Treasury are culpable in sabotaging their own plan to restore the local currency.

Firstly, the RBZ printed too much money. According to central bank’s own data, there was a 307% growth in reserve money between June and December last year.

In February, Mangudya’s monetary policy statement showed that reserve money – the currency in circulation plus deposits with central bank – went up from Z$3.3 billion at the end of 2018 to Z$8.8 billion in December 2019.

Not that there is any data credibility at RBZ to inspire confidence; while one monthly report placed reserve money at Z$8.8 billion at December, another more recent RBZ document says it was Z$10.3 billion. That shows an RBZ fiddling with key data.

Overall money supply growth in the last half of 2019 can mostly be traced to three key steps. Firstly, in July 2019, RBZ discounted Treasury Bills held by Sakunda. This released money that was equal to 1.5% of the country’s GDP.

Secondly, until October, RBZ doled out forex to fuel importers at subsidised rates. Thirdly, a gold incentive given to miners was pumping at least Z$400 million into the economy every month. The incentive is now being dropped.

Add all this to the general collapse in confidence in Zimbabwe’s political leaders, and you have good ingredients for undermining any currency.

The failure to follow through on promised political and economic reforms, listed in the Transitional Stabilisation Programme, means Zimbabwe cannot win debt relief or credit, both of which would have helped support the Zimdollar.

[Click to read: Remember November: A timeline of how a country lost its currency]

A return to dollarisation under current conditions may wound the economy even further. While some may look to 2009 with nostalgia, conditions are different. In 2009, Zimbabwe had a US$4 billion economy. There were more US dollars in circulation then than there is today. The IMF extended US$500 million that year.

Between 2009 and 2011, a consortium of foreign donors, the Zimbabwe Harmonised Health Worker Retention Scheme (HHWRS), paid out nearly US$70 million in salaries to 18,700 health professionals to ease the pressure on Treasury. This is not on the table this time.

Reversing dollarisation was always going to be a tough job. A 2015 IMF research report says “dollarisation is difficult to reverse and can only be reduced through long, consistent and credible stabilisation efforts”.

Since reintroducing the Zimdollar, government policies have been anything but “consistent and credible. Instead, Zimbabwe made the same mistakes that other countries trying to de-dollarise have made.

“Often, these attempts (at de-dollarising) involved administrative enforcements without fully restoring confidence in the local currency or eliminating the underlying instability that led to dollarization in the first place,” the 2015 IMF study noted.

Over the past year, RBZ and Treasury have spent more of their effort trying to control forex, and less effort on increasing forex.

To de-dollarise, Zimbabwe needed to make it worthwhile to hold Zimdollars.

In its staff report on Zimbabwe in March, the IMF advised: “Measures to de-dollarise the economy, including to increase incentives to hold local currency over FX—especially requiring that all of government’s domestic transactions be carried out in ZWL$—are also essential”.

The market has lost count of the number of policy directives and statutory instruments made over the past year on the currency. The uncertainty did little to dampen demand for “safe” US dollars.

As of end-January 2020, just before the Zimdollar was reintroduced, the parallel exchange rate was around 25:1. Today the currency is trading at around 80:1 on the parallel market.

It is a fact that a country needs its own currency. While the US dollar put brakes on hyperinflation, it damaged the capacity of industry to export and grow local production, as many countries that dollarised have found out.

For Zimbabwe, the damage had already begun by 2013. According to the IMF, the “decline in commodity prices starting in 2013 and a steady devaluation of the rand versus the US dollar put pressure on Zimbabwe’s terms-of-trade” during dollarisation. 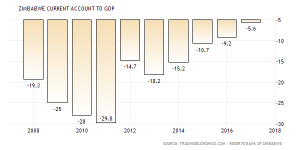 The current account was giving warnings; there was more money leaving the country, than money coming in. In 2012, the African Development Bank raised a red flag over falling bank deposits in Zimbabwe. The bank warned that this would hurt Zimbabwe’s long term growth.

In 2012, as the liquidity crunch worsened, Zimbabwe started limiting the amount of cash local banks could hold abroad. Tendai Biti, then Finance Minister, ordered banks to repatriate the bulk of funds they held in their offshore accounts in order to boost liquidity. From February 2012, they could only keep 25% of their forex in Nostro accounts.

CZI data from that time shows capacity utilisation falling to 44% in 2012 and 39% a year later. It took a ban on some imports to save industries. Using a strong currency means we lose competitiveness, as President Emmerson Mnangagwa himself said in 2019.

So, good sense says we do need our own currency. The problem is the people in charge of it.

Imara, one of the country’s most influential asset managers, are not in any doubt about the fate of the Zimdollar.

“It is too late to rescue confidence in the ZWL in our view,” Imara says in a recent note. “At some point full dollarisation will occur when confidence has collapsed completely. COVID-19 may well be the catalyst that brings this about.”

Innscor is fighting the competition regulator over its latest acquisition. Here is what this giant group really owns 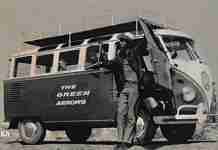 Innscor is fighting the competition regulator over its latest acquisition. Here...

Trouble in Guruve: How this Zimbabwean chilli maker is looking to...