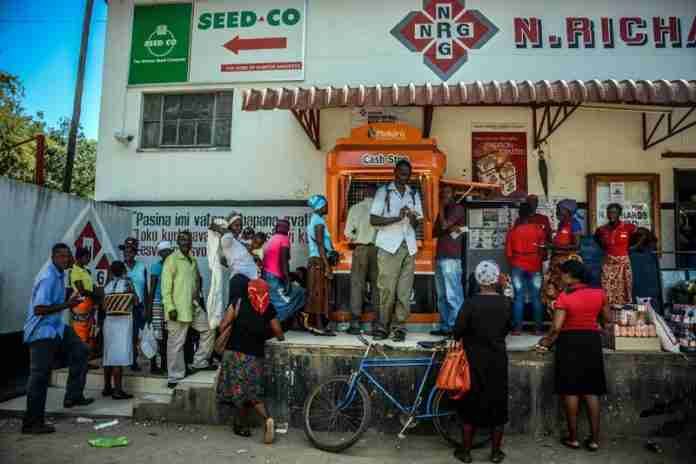 With growing uncertainties in Britain and South Africa, must Zimbabwe prepare for the reality of weaker remittances in the near term?

This week, the British pound touched its lowest levels since the Margaret Thatcher era, amid an already raging crisis of soaring energy prices and rising inflation. It dropped to US$1.145 on Wednesday afternoon, its weakest point in 37 years.

According to the Bank of England, this was due to the weaker outlook for the UK economy and a firming US dollar.

The dollar has been gaining strength against most currencies, the pound and the South African rand included. Why should we in Zimbabwe worry about a stronger dollar?

For Zimbabweans in the UK, it means they now need more pounds to send US dollars to Zimbabwe.

This time last year, a Zimbabwean in the UK needed £72 to send US$100 to family back home. Today, they would need £87 to send the same US$100 amount to Zimbabwe.

Not only do they need to pay more to send money, but they also must deal with soaring costs in the UK, which are eating into their incomes. Energy prices have risen so high that the government has had to intervene.

In the UK winter of 2020, the average family in the UK was paying just over £1,000 per year for their gas and electricity bills. Now, a typical household’s energy bill is expected to rise to £2,500 a year from October. Liz Truss, the UK’s new prime minister, on Thursday announced controls on energy prices, capping them at £2,500 a year.

How much do Zimbabweans in the UK send to Zimbabwe each year?

In June, WorldRemit, a widely used remittance platform, said it had transferred £170 million to Zimbabwe between January and May. This placed Zimbabwe among WorldRemit’s top three markets in Africa, at par with Kenya in second place, behind Nigeria.

In total, Zimbabweans abroad sent home US$797 million over the first six months of the year, 23% more than at half-year in 2021. In 2021, Diaspora remittances rose 42.7% to US$1.47 billion. The government had expected them to rise even further this year.

“There has been a steady increase in international remittances, and we expect them to get to between US$1.5 billion and US$1.6 billion this year. We are considering a US dollar Diaspora bond to allow Zimbabweans living outside the country to invest at fair interest rates,” says Finance Minister Mthuli Ncube.

According to a recent paper by researchers Beacon Mbiba and Daisy Mupfumira: “The major purposes for these remittances were largely to address health and care issues (19.23 %), school fees and education related support (19.23 %), funerals (15.38 %) and food and clothing (15.38 %).”

WorldRemit recently assessed the costs of education relative to incomes in several countries. The company found that Zimbabwe showed the highest costs relative to average family size and monthly income at nearly 700% of the average family household income.

South Africa, host to Zimbabwe’s largest non-resident population, accounts for 40% of all formal remittances into Zimbabwe, according to a report by FinMark.

There are factors there that may slow down remittances from South Africa. The economy there is weakening, prices are rising, and job cuts are increasing.

The rand touched two-year lows on Wednesday, before recovering. Like many other currencies, the rand is facing pressure from a firming dollar. A weaker rand would also make it more expensive for Zimbabweans to send money home.

Some 180,000 Zimbabweans on special permits are uncertain about their future as their permits have just under a year left to run. When these permits expire, Zimbabweans who fail to get new permits will have to leave the country while their bank accounts will be closed.

For many in the UK, and indeed in South Africa, the economic trends there mean they have to make tough choices. They can cut back on their spending, if they still have any room left to cut. However, a more likely option for many, as their roots deepen abroad and uncertainty builds, is to cut back on what they send to Zimbabwe.