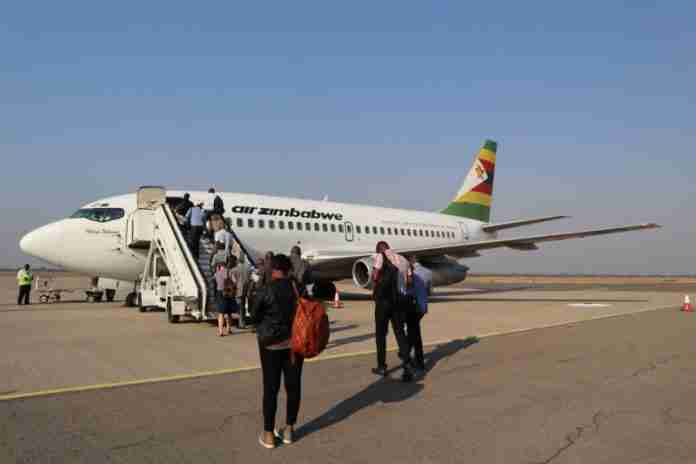 Air Zimbabwe has warned that fuel shortages may disrupt some of its flights, reflecting the crisis that airlines are facing across the region.

Suppliers of Jet A1 have faced disruption in moving fuel, the airline said in a statement Wednesday.

“Air Zimbabwe wishes to advise its valued passengers and other stakeholders of an anticipated flight schedule disruption due to Jet A1 fuel shortages at the airports. Our suppliers have advised of constraints in the movement of the product which has cascaded along the entire value chain to us as the final consumer of the product,” says Air Zimbabwe.

In South Africa, the main airport, OR Tambo, is currently unable to supply enough fuel to airlines, forcing some airlines to cancel flights or divert planes to Durban or Windhoek.

The shortages are due to a combination of recent flood damage to rail infrastructure, global supply chain disruptions, and the recent rise in oil prices globally.

Rising oil prices are forcing suppliers to reduce the amount of fuel they hold in stock, hoping to cut the risk they face from fluctuating global oil prices, one aviation official tells newZWire. Major global suppliers in April warned of possible aviation fuel shortages worldwide due to market volatility.

Malawi Airlines, jointly owned by Ethiopian Airlines and the Malawi government, in April had to cut baggage weight by 70% so that it could carry extra fuel from South Africa, due to shortages at home.

Nigerian airlines last week threatened to suspend all domestic flights due to rising fuel prices. The Nigerian government had to step in to subsidise fuel to keep them flying.

The African Airlines Association recently projected that the jet fuel bill will hit US$86.3 billion this year for Africa’s airlines, cutting into profits and causing flight disruptions.

A committee of African airlines has been formed to negotiate better prices and a steady flow of jet fuel, to stave off supply issues and costs. The airlines hope to secure deliveries for 12 months starting in July.

Jet-fuel prices have risen to an average of almost 30% of operating costs for African airlines from 20% previously, according to Kenya Airways.

‘Mnangagwa is a loyal client’: If you need to dodge an assassin, this 32-year...