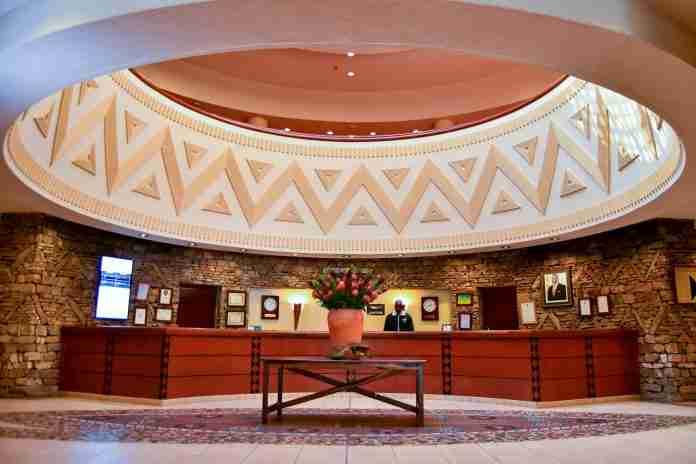 Formerly known as Brainworks, Arden’s main investment is its 57% shareholding in African Sun’s 11 hotels, which include Crown Plaza Monomotapa, Elephant Hills, and part of the Victoria Falls Hotel.

The future of that investment is now uncertain after Arden said in a notice on the JSE on Monday that it can no longer remain in business. It will now delist its JSE shares and unbundle them into Arden Enterprises Limited, a wholly-owned arm. This will effectively make Arden a shell company and ease it into voluntary liquidation.

“As a result of the ongoing erosion of value for shareholders, now coupled with the losses experienced by the group as a result of the COVID-19 pandemic thereby placing the company in considerable financial constraints, the board is proposing that shareholders consider and approve a Voluntary Liquidation of the company. This is after exhausting all other avenues of seeking further investment from shareholders,” Arden said.

The liquidation of Arden, however, does not mean that African Sun itself faces liquidation.

Arden is also selling its logistics company FML, which moves bulk fuel across the region, for US$1 million. Arden will use that money to pay off debts, the company said in a separate JSE notice.

Arden’s move shows the depth of the crisis brought to the hospitality industry by COVID-19.

In June, Arden had warned that it was reconsidering its investment in African Sun, saying it had not “yet witnessed recovery in traveling and tourism that it had hoped 2021 would yield to the point that the group has experienced financial pressure, with head office costs becoming unsustainable”.

Occupancy rates at African Sun fell to 23% last year, down from 48% in 2019. This was the lowest ever level of business for the company, as tourism dipped 85% in Zimbabwe and global travel suffered.

In a new trading update released Tuesday, African Sun reports a slim recovery, with occupancy for the nine months ended 30 September 2021 at 25%, up 6 percentage points compared to the same period last year.

“In the medium term, we anticipate that the domestic market will continue to drive business recovery in the hospitality segment, while volumes from the foreign market are expected to remain subdued,” African Sun says.

Arden was listed as Brainworks on the JSE in 2017, becoming the first Zimbabwe-focused entity to have a primary listing there. At the time, its interests included African Sun, FML and GetBucks. Brainworks co-founders, George Manyere and Walter Kabwanji, were to later exit the group and acquire GetBucks.

In its filing, Arden says it has, since its listing, failed to deliver value to shareholders or raise any new capital.

“From the outset of listing, the company has struggled to achieve liquidity for its shareholders, and the company’s share remains highly illiquid on the JSE. The company has also not attracted any additional capital from its JSE listing and has not grown its investor portfolio,” Arden said.

Ahead of Arden’s liquidation announcement, African Sun said MD Edwin Shangwa would leave at the end of the year. Peter Saungweme, CEO of Arden, will become African Sun CEO in January. FD Believemore Dirorimwe is stepping down to be replaced by Ndangariro Mutizwa as chief finance officer.

There have been changes to the board too. Emmanuel Fundira replaced Alex Makamure as board chair in October. Last week, Africa Sun also announced that Vernon Lapham, who left the board in 2013 and is a director at Medtech, was rejoining the board. Former OK Zimbabwe executive Alex Siyavora has also become a board member.

Sweet deal: How Zimbabwe’s wealthy Rudland family plans to take over one of Southern...