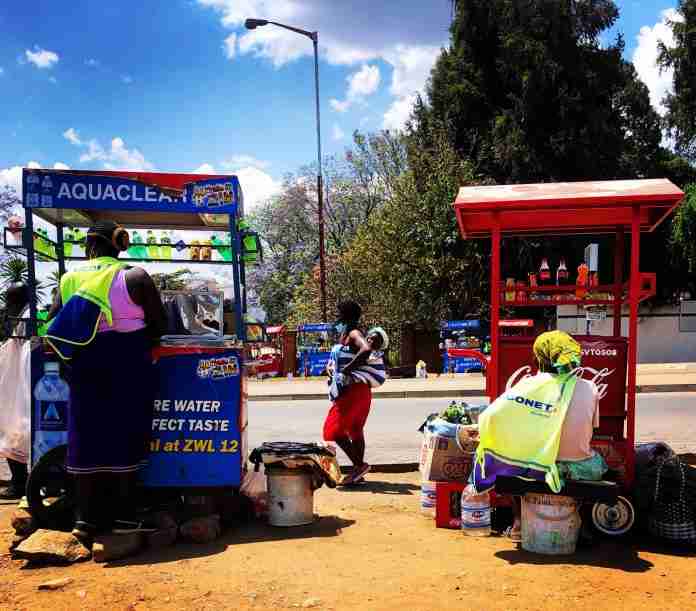 Christmas in 2018 was the worst of times for Delta, the country’s biggest beverage company.

A shortage of foreign currency forced the company to shut down its soft drinks plant, losing money during a period that, traditionally, serves up the best sales.

With the big player struggling, this was just the right time for Delta’s rival, Varun, to make its move.

Varun had entered the market in 2018 with one goal in mind, to knock Delta off its perch. Varun at the time announced an ambitious plan to grab up to 35% of the market share within five years, and then command the market within ten years.

Commissioning the Varun plant in 2018, Varun chairman and founder Ravi Jaipuria said he was “not too concerned about profits at this stage”. He was after market share.

Varun put its money where its mouth was. It commissioned a US$30 million plant in Harare in 2018, and set aside at least US$150 million in investments over the next five years.

While Delta’s products were off the market, Varun was doubling production.

In little time, Varun announced to investors back in India that Zimbabwe was one of the fastest growing markets for its Pepsi products. Next to Morocco, Zimbabwe was seeing the highest growth, Varun director Raj Pal Gandhi told an investors’ conference call.

In 2020, Varun’s Zimbabwe sales volumes went up by 40%, and the company kept investing more in increasing capacity.

It also helped that Varun had Special Economic Zone status. This meant that, for the five years from 2018, it would enjoy tax breaks that its rival did not have. This included zero-rated corporate tax for the first five years, plus importing raw materials and equipment duty-free.

At RBZ’s foreign currency auction, Varun has often been at the front of the queue for forex. In November last year, Delta complained about “skewed forex allocations to certain market players” which it said had “distorted pricing” and was “creating an uneven playing field”. The dig was barely hidden.

But Delta says it has now begun clawing back its market share. It is dominating again. According to its latest results, the company estimates that it now holds 59% of the soft drinks market.

The price advantage that Varun held in the “dollar for two” days has waned, Delta managed to restore soft drinks production, and made a deal that gave it access to a large swathe of the Zimbabwean market that it did not previously control.

In November 2020, Delta announced that it was buying Mutare Bottling Company (MBC) from Econet Wireless. This meant that Delta could now hold Manicaland’s soft drinks market, which had been controlled by MBC before.

The results were quick; drinks sales volumes rose 205% in quarter up to June 2021, the first period under which MBC was under Delta’s control. The year to March 2022 is the first full year that MBC has been part of Delta.

“The Manicaland territory has been fully integrated, allowing the optimization of the returnable glass production capacity,” Delta reports.

According to Delta, volumes of sparkling beverages went up by 65% last year.

Says the company: “The business has responded positively to the ongoing initiatives to recover market share through competitive pricing, focused market execution and consistent supply of brands, flavours and packs.”

Having seen its market share slip because it could not supply the market when its rivals were expanding, Delta is leaving nothing to chance. The company is putting more money into the business to increase capacity and improve how it serves the market.

“The Group is undertaking an ambitious recapitalisation programme to address the capacity gaps and improve customer service,” Delta says.

But Varun isn’t sleeping either.

Varun took on Delta by taking its battle for market share to the streets, rolling out vendor pushcarts that pushed products right into the faces of urban consumers. It even gave vendors free ice.

Now, Varun is looking to take on Delta in the rural areas.

“Varun beverages has plans to set up outlets in rural Zimbabwe with solar panels fixed on it. These outlets will be distributed free of cost to the poor families to create employment in rural Zimbabwe,” says Varun CEO Vijay Bahl.

“This will be done besides distribution of additional 1500 push carts by Varun in the year 2022.”

Varun has built a new production line that bumped up output from 58 million bottles and cans per month to 76 million.

Bahl has his own dig at Delta, saying: “Monopolies are not good for the economy. They slow down innovation.”