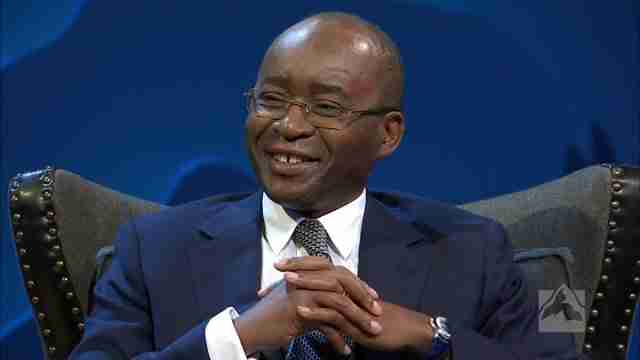 Businessman Strive Masiyiwa says the Zambia transition is “African class” and he will be watching new President Hakainde Hichilema’s policies to decide on possible new investment in the country.

Masiyiwa owns Liquid Intelligent Technologies, Africa’s largest fibre company, which has operations in Zambia and across the continent.

“Like most Africans, I had my eyes fixed this last week on following the Zambian elections,” Masiyiwa posted online on Monday.

Hichilema defeated the incumbent, Edgar Lungu, by a landslide of more than a million votes.

“First of all, I would like to extend my congratulations to now President-Elect Hakainde Hichilema, his supporters, and all the people of Zambia. By any electoral precedence this is a landslide victory rarely seen these days,” Masiyiwa said.

He added: “I would also like to commend outgoing President Edgar Lungu for the manner in which he conceded the election: As I told a friend in America, it was a bit of ‘African class’.”

Liquid launched operations in Zambia in 2011 when it partnered with Zambian power company Copperbelt Energy Corporation to build Zambia’s fibre network. In 2018, Liquid acquired the remaining 50% of the company, CECLiquid.

“As a company, we have been invested in Zambia now for over 15 years, and we are there to stay for the long term. We will be watching closely for policy changes that could encourage us, and other investors to put more money in, and create more jobs,” Masiyiwa said.

Liquid has laid some 100,000 km of fibre across Africa. Last year, the company invested in a network corridor that that connects Zambia, DRC, Angola, Congo Brazzaville, Rwanda, Tanzania and Uganda.

Hichilema ran on a pro-business platform, and had the backing of large corporates operating in the country. He has pledged to fix Zambia’s debt crisis, negotiate for an IMF bailout and protect jobs, including in the key copper mining sector, which was hit by low copper prices over recent years.

ALSO READ | Hichilema: From the boardroom to State House, and now to the mining crisis at hand

Horses and Royces: The colonial fanfare of Zim Parliament opening