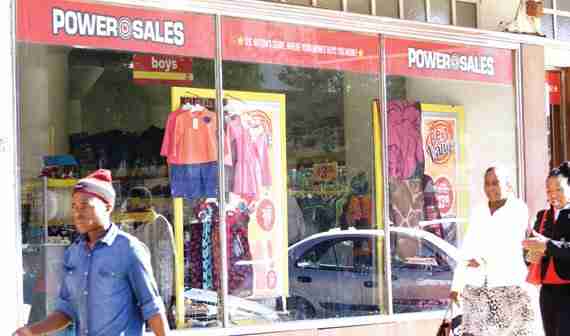 Devaluation of the local currency had made trading in the country difficult, Pepkor said in its financial results for the year to September, released Monday.

The company has 20 remaining stores in Zimbabwe, having already closed down 29 outlets in 2014.

“During the year, the board decided to exit the group’s Zimbabwe business, under the Power Sales brand. The decision was mainly driven by the increasing difficulty to trade in Zimbabwe as result of adverse macroeconomic conditions. Management is in final negotiations with the relevant parties to conclude the terms of sale,” Pepkor said.

The company did not disclose details of the proposed sale.

Said Pepkor: “Discontinued operations therefore include the results from PEP Africa’s operations in Zimbabwe, amounting to a total loss for the year (after tax) of R70 million, which includes the full impairment of the disposal of the group’s assets. An amount of approximately R230 million is included in unrealised foreign currency translation reserves at 30 September 2019, and this will be released through the income statement and reflected in discontinued operations once the transaction is finalised.”

Pepkor’s exit from Zimbabwe looked likely in May when the company said it had slowed down stock inflows into Zimbabwe “while viability is assessed and risk is managed.”

Pepkor’s parent company, Steinhoff, has been selling its non-core assets, targeting to raise R160billion, as it looks to recover from the impact of an accounting scandal. Steinhoff took over Pepkor in 2014.

Unlike retailers such as Edgars and Truworths, which have some local manufacturing, all Power Sales merchandise is imported from South Africa.

Power Sales has existed in Zimbabwe for over 40 years.

PEP Africa, excluding Zimbabwe, contributed 3.2% to group revenue in the year. The African business is “in a consolidation phase” and 14 other stores were closed, reducing the store network to 313 stores in total, excluding Zimbabwe.

Steinhoff itself has had previous interests in Zimbabwe, having at one time invested in Tedco, which owned Bradlows and Radio Ltd.

Rising inflation has decimated retail spending over the past year. Retailers such as Edgars, Simbisa, Delta Beverages, Natfoods and Dairibord have, over recent weeks, reported a collapse in consumer demand as incomes are eroded.