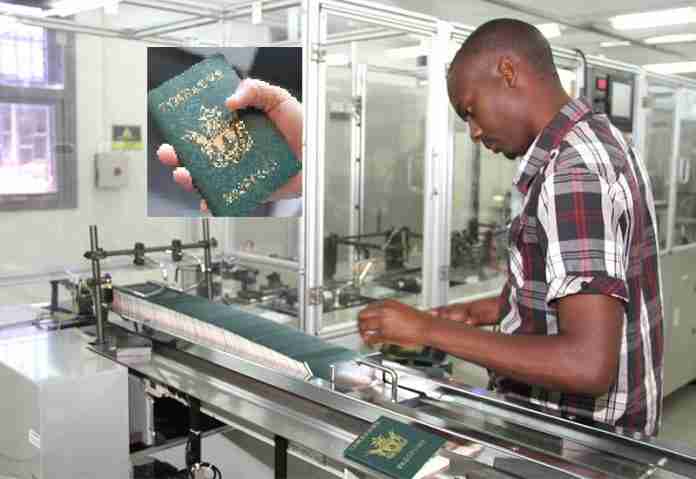 On 13 December 2021, Zimbabwe announced the introduction of an e-passport through Statutory Instrument 273 of 2021, gazetting new fees and terms for citizens.

The Statutory Instrument put the deadline for all renewals at 31 December 2023. However, a circular from the coordinating Ministry of Home Affairs and Cultural Heritage told a different story. Yet, both documents were attributed to the same office.

According to the circular, citizens can use their existing passports until expiry, after when they will need to apply for the new e-passport.

Government’s announcement caught many by surprise. No advance communication, just soundbites and vibes. The mixed messages sullied any public goodwill for what is now touted as a progressive initiative in line with international immigration best practices.

In the aftermath of citizen requests for further clarity, Nick Mangwana, the Government spokesman, tweeted about how the world was moving towards machine-readable passports because of the risk of counterfeiting threats arising from organized crime syndicates and terrorists.

He added that “Government is keen to prevent the indignity of citizens being inconvenienced at foreign borders”.

However, this is not Zimbabwe’s first attempt at this project. It’s a throwback from 2016, launched by former President Robert Mugabe when it was billed to produce 16 000 passports per day.

Now, the project is targeting double the number in order to bolster the government’s “vision of a modernised economy through advanced IT systems”. According to reports, the national backlog is over 185 000 and there are currently six million passport holders.

Despite all the hype, Zimbabwe is still playing catch-up.

Malaysia was one of the early adopters of the new passport regime in the Asia region in 1998 whereas Egypt led the way in 1991 for Africa.

Globally, upwards of 135 countries now use e-passports. In the SADC region, the sub-Saharan economic and political bloc within which Zimbabwe falls, there is already significant uptake amongst other member countries.

A passport to more broken promises?

Hopefully, the e-passport launch will not turn out to be just another pseudo-event for cheerleaders keen to prop up political narratives.

The timing of the announcement is somewhat curious. Government is already galvanizing sentiment towards another ballot in 2023, the same year when the deadline for renewal of all ordinary passports lapses as mandated in statutory instrument 273 of 2021.

The e-passport initiative is not a bad idea. Innovation is great, if it moves society forward.

But, given past lapses of judgement and many broken promises by government, citizens have grown weary and prone to treat government initiatives with disdain.

Over and above this, the SI has an inexplicable US$20 levy for every passport application fee which is exclusively processed through CBZ – a commercial bank where government has a 21% shareholding alongside other shareholders.

The good times keep rolling for nominee commercial bank CBZ, and the bank is seen to benefit from political patronage and privileged networks, a claim the bank denies.

Current Reserve Bank Governor, John Mangudya is a former executive of the bank, so was Gideon Gono, his predecessor. The bank was the lead financial advisor for government’s controversial command agriculture scheme, amongst other lucrative government schemes.

Another thorny issue is the designated project contractor, Semlex, the Belgian company unilaterally contracted to produce the e-passports and other national identity documents without going to tender as required by Zimbabwean law.

Semlex is implicated in kickbacks for contracts scandals across Africa and other jurisdictions, which threatens the credibility of the whole project and makes government’s judgement problematic.

There has been public outcry to rethink the deadline gazetted and allow citizens to use their current passports until they expire. Moreso, for those who recently renewed theirs at the great cost of US$318 per passport.

Zimbabwe, like the rest of the world, is reeling from the effects of COVID-19, high unemployment rates and a comatose economy. The question top of mind of every citizen right now is what could be more urgent than this?

There are also valid public concerns regarding whether there are adequate resources to get this project off the ground and, if not, who will fund the logistics in such a short span of time.

There is no doubt that opening up the payment systems to include other financial institutions will improve operational efficiencies and have a positive trickle-down effect on the economy.

There must be adequate efforts deployed for citizen engagement and civic education on the practical aspects of the e-passport initiative to aid in decision making, understanding and to gain public trust.

Archibald Mathibela is a P.R and Marketing Communications Consultant based in Harare