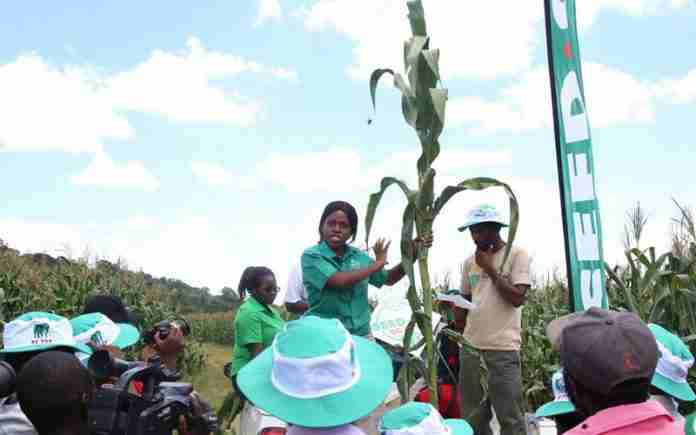 Reserve Bank of Zimbabwe (RBZ) has stood in the way of plans by Seed Co, the country’s biggest seed producer, to delist the local unit from the Zimbabwe Stock Exchange (ZSE) and effectively give control to its international division. The authorities made the right call.

Just to take it back a little bit for context. In 2018, Seed Co decided to unbundle 71% and have a regional unit, Seed Co International, listed on the Botswana Stock Exchange (BSE). This would raise US$19.2 million, a nice bit of change to fund operations. Seed Co Ltd – for better reading we will call it Seed Co Zim – would keep 26% of Seed Co International.

Nothing entirely unusual, at that stage. In any case, going abroad made sense, seeing as Zimbabwe – then and now – suffered forex shortages.

And that is where the problems started.

Of course, the majority shareholder of Seed Co, the French company Limagrain – the world’s third-largest seed producer – said yes. It makes sense for them. Other shareholders said no. The Reserve Bank agrees with those shareholders. They rejected Seed Co’s plans. Seed Co will start trading again on the ZSE.

Did the regulators make the right decision? Yes. Here is why;

Firstly, if this had been allowed to happen, no Zimbabwean would be able to easily invest in Seed Co again.

This is what Imara, one of the major stockbrokers on the market and an investor in Seed Co since 1996, said: “We do NOT (Imara’s emphasis) support that proposal as it would result in Seed Co Zimbabwe delisting from the ZSE. For domestic investors based in Zimbabwe it will therefore not be possible to invest ZWL savings into the Seed Co. group again; Seed Co. International shares can only be bought in Botswana for pula or on the VFEX for US dollars.”

Secondly, there is every chance that Seed Co, a strategic company, would end up in foreign hands. This is not a political conspiracy theory, but a reality of how markets work. There would be nothing stopping Limagrain from making an offer to other shareholders and owning the whole thing.

At the time Seed Co was at RBZ seeking permission to do this, Seed Co Zimbabwe was valued at US$100 million while its “child” Seed Co International was worth US$70 million. We all know the true worth of the Zimbabwe company can be about 10 times this much, minus Zimbabwe’s currency chaos.

Thirdly, one has to remember how Seed Co has grown, especially over the past two to three decades when we were isolated from the world.

This is a company that has built up a vast pool of germ plasm, or the tissue that seed scientists use to grow plants. It is much like the special technology that, say, Apple would develop in their labs to make advanced phones. It is stuff that comes out of research and development.

In Zimbabwe, we cannot underestimate the role that national institutions, such as the Seed Services unit of the Department of Research and Specialist Services have played in the development of seed over the past years.

As Imara put it: “When you consider that the intellectual property of the Group (the germ plasm for the hybrid seeds) is controlled by Seed Co Zimbabwe this becomes even more important as Seed Co International is more of a distribution company for the seed developed by Seed Co. Zim within Africa.”

Failure by Seed Co International to acquire Seed Co Zim, Imara said before the decision, “while not great for Limagrain, would be good news for Zimbabwe…”

Seed Co has a commanding and strategic share of Zimbabwe’s seed market. This year alone, the company aims to sell 22 000 tonnes of seed. This seed goes to roughly two million farmers. This is all in a country where agriculture accounts for 60% of inputs to industry, and is expected to lead what we’re told will be an economic recovery this year.

In Seed Co, Zimbabwe has a national asset that it has heavily invested in. No national regulators, anywhere in the world, should give such assets away easily. For once, central bank has shown good sense. By standing with Seed Co Zimbabwe’s dissenting shareholders, RBZ made the right call. Some things are better kept at home.