Zimbabwe aspires to be an upper middle income economy by 2030. To support such an economy, the country needs 11,000MW of power, which translates to a requirement of an additional 1,000MW every year to meet this goal. It’s a pipe dream!

Currently the nation is struggling to meet a winter peak demand of 1,800MW, supplying a paltry 750MW resulting in 18 hours of load shedding on a daily basis. The effects have been catastrophic, as businesses have closed or scaled down, hospitals, schools, farms and domestic consumers affected likewise. Zimbabwe is facing its most severe power deficit in recent history, catching up to the effects of decades of poor planning, lack of foresight and mismanagement of the economy in general, and the energy industry in particular.

Zimbabwe’s power sector is dominated by the public utility, the Zimbabwe Electricity Supply Authority (ZESA), which owns five operational power plants. Following the recent liberalization of the power generation industry, a few Independent Power Plants (IPPs) have been set up, mostly micro hydro, bagasse and solar, but Zimbabwe is yet to receive significant private investment in the power generation industry.

The sector is regulated by the Zimbabwe Energy Regulatory Authority (ZERA) which promotes and preserves industry and market structures through issuance of licences, approval of tariffs and establishing codes of practice in the industry. But the industry is in disarray, as ZERA’s functions have been usurped by Munhumutapa Building.

ZESA has been at the centre of the power woes in the country. The perennial loss making enterprise has been failing to meet the aggregate energy demand of the economy since the late 1990s. The gap between demand and supply has been growing steadily as more homes have been electrified and industrial processes mechanized. The electricity access rate in Zimbabwe is 41%, just below the regional average of 45%, but the country has been relying on power imports for the past two decades.

Investment in new capacity has been hard to come by. The recent expansion of Kariba South Hydro Power Station by 300MW for an inflated cost of US$533 million has been the most significant project in the energy sector since the construction of Hwange Power Station during the liberation war.

About this Kariba Expansion Project cost; the Engineering, Procurement and Construction (EPC) cost was US$355 million, and an additional US$178 million was for consultancy, permitting, licenses and other nefarious costs. The four-year expansion project of Hwange Power Station is in progress at a cost of US$1.5 billion, after the figure miraculously rose from the initial US$1.1 billion. Both projects have been funded by loans from the China Eximbank, and awarded to the same contractor, Sino Hydro.

Zimbabwe power situation as it stands

Manicaland hosts several mini and micro hydro power plants such as Pungwe, Hauna, Duru, Nyamingura and Kupinga Power Stations among others, totalling 29.22MW. But installed capacity is meaningless. What matters is capacity utilization, because the power generation industry is at 30% capacity utilization. It is therefore important at this point to interrogate the question of low capacity utilization (load factor) at these power plants, particularly those that are ZESA-run.

The Kariba dam was constructed in the late 1950s to provide power between the then Northern and Southern Rhodesia. Two plants were set up on the north and south banks, and they currently hold a combined capacity of 2,130MW, with the Zimbabwean side having 1,050MW capacity.

The plants were meant to operate as load following plants, increasing generation as the demand increases and reducing generation as the demand reduces. In fact, the dam is only designed to generate a combined average of 1,100MW over 24 hours. But as long as the plants at Kariba operate as load following or peaking plants, the capacity of 2,130MW should not be a problem at all.

“Such mismanagement by the two parties is of epic proportions…”

Subsequent to the serious drought experienced in the sub-region in the 2018/2019 season, inflows into Kariba Dam have been seriously low. After the drought was experienced, two things were supposed to happen; first, the dam operator, the Zambezi Water Authority, was supposed to immediately cap the water allocation to both Zimbabwe and Zambia, but it delayed unduly. Secondly, Zimbabwe was supposed to immediately stop operating the station as a base-load station, but they didn’t. Such mismanagement on the part of the two parties is of epic proportions, as it led to the extent of blackouts that Zimbabwe is facing now.

Zimbabwe is now capped to an average generation of 358MW, rendering the 1,050MW plant a museum. But even with the cap, ZESA continues to generate up to 500MW, meaning they will exhaust their water allocation by October, plunging the nation into further darkness.

The plant was commissioned in the early 1980s as the biggest coal-fired thermal power plant in Zimbabwe. The station was rated to produce 920MW, but has never managed to generate power at that level due to design issues. The plant currently generates a maximum of 450MW due to continued degradation of units from poor maintenance, operational inefficiencies and old age.

The power plant has outlived its lifespan, and is due for a refurbishment. The gap between the installed capacity and dependable capacity at Hwange is wide, and there haven’t been many serious efforts to close the gap. The Hwange Power Station Plant Improvement and Life Extension project has been stuck at “scoping” stage, according to the ZPC website.

Hwange is supposed to be operating as a base load station; that is, supporting the minimum aggregate demand of the nation, so that stations like Kariba will ramp up to meet load fluctuations during the day. The station has been found wanting at all circumstances, and it is evident that until the 600MW expansion project is complete in four years, Zimbabweans will have to adapt to power shortages.

Small thermal power plants were developed in the 1940s to meet the then growing industrial demand in Harare, Bulawayo and Kwekwe. The plants were embedded in the distribution network, and could supply electricity directly to industry without using the national grid. To date, this set up exists, and now the infrastructure is necessary for strategic system security.

The plants were designed for a lifespan of 25-30 years, meaning they have outlived their lifespans by 40 years. It’s a miracle that they still operate. The plants have deteriorated to the extent that they rarely run for a week without breaking down. They operate archaic boiler technology, which is in fact the last of its type in the world. This technology no longer has spares on the market.

The small thermals have become the biggest loss leaders of ZESA, generating at a cost of over US$0.30 cents/kWh, against their previous off-load tariff rate of Z$0.08 cents/kWh. It is in fact cheaper to run the controversial Dema Diesel Power Plant than run these small thermals. They have become uneconomic to run, unreliable and serve no purpose. Their output is barely 40MW. Former Finance Minister, Tendai Biti, rightly described them as “a joke”. They must be immediately shut down or refurbished.

The envisaged repowering projects have been a talk for the past nine years, but nothing has happened, save for scandals, particularly with the Munyati Repowering Project being awarded to the controversial ex-convict Wicknell Chivhayo, a consistent non-performer. Chivhayo was awarded three huge projects by ZESA- the Gwanda solar project, Munyati repowering and the Gairezi Hydro project, and, as expected, he has not performed on any.

The repowering of Harare Power Station and Bulawayo Power Station have been dogged by funding challenges, with the lines of credit extended by the India Eximbank inadequate for the scope of works to be done.

Zimbabwe has licenced over 45 independent power producers (IPPs) in a bid to close the gap between demand and supply. These IPPs have been licenced for a combined capacity of nearly 7,000MW spanning across all sources of energy such as large hydro, small hydro, solar PV, gas-fired thermal, coal-fired thermal, wood waste and bagasse.

However, there hasn’t been much in terms of project development, with most projects still at conceptual/pre-feasibility stage and the few that have passed this stage have been stuck at proof of bankability/funding stage. There have been two big hurdles; the tariff and Zimbabwe’s investment climate. The tariff has been sub-economic, failing to pass any test required to make a positive investment decision.

The other big hurdle is the investment climate in Zimbabwe, characterized by policy inconsistency and lack of predictability on key policy fundamentals, lack of growth in demand, price distortions in both foreign exchange and goods markets and a host of many other problems.

Zimbabwe is in dire need of independent power producers, as they can operate outside government bureaucracies, inefficiencies and political influences. IPPs have the capacity to provide the necessary impetus to the economy as an energy net-positive Zimbabwe will attract investment in other sectors of the economy.

The progress at the 25MW CentraGrid solar PV project in Nyabira has been encouraging, with the plant nearing commissioning. Also, the recent commitment by Matshela Energy from South Africa is another welcome development, which shows that some investors are weathering the country risk and bad investment climate to sink investments into Zimbabwe.

Zimbabwe needs to make a sound gap analysis as a matter of urgency. There are three gaps existing in the power sector;

From this gap analysis, it will become easier to plan for the necessary interventions and prioritize them correctly, because what has led us to where we are is poor planning, coupled with corruption, mismanagement and general lack of foresight from the leadership of the country. But in the meantime, the government has to put in these simple interventions and measures that will result in immediate relief for the nation.

Shining a light into ZESA

Sorting out the mess at ZESA is central to unlocking this puzzle. The Minister of Energy has apparently lost some steam in his “skinning the snake alive” mission, but that is exactly what is required at ZESA. ZESA requires the following;

Just as the mismanagement of farms in Zimbabwe led to food shortages, the mismanagement of the energy industry has manifested in severe power outages. This mismanagement has been a huge curse to Zimbabweans, with the inescapable effects of load shedding haunting business and ordinary citizens alike. Zimbabwe needs a permanent solution, and the solution is planning and vision.

Thomas Zvirekwi is an energy expert with 22 years of experience in energy law, policy and capital projects. He is based in Canada, and writes in his personal capacity 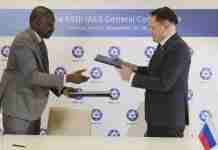 Zimbabwe joins Rosatom’s push for nuclear technology in Africa, eyes use in agric 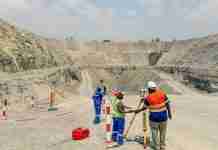 Too much of a good thing: How Zimbabwe’s generous tax incentives are undermining public investment in health and education 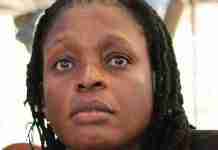 COLUMN | The Elephant in the Room With Milayo Ndou | Priscilla Misihairabwi-Mushonga: Thank you for being pro-woman

The good news and the bad news: What the latest trade data tells us...

Miner dies at Blanket Mine