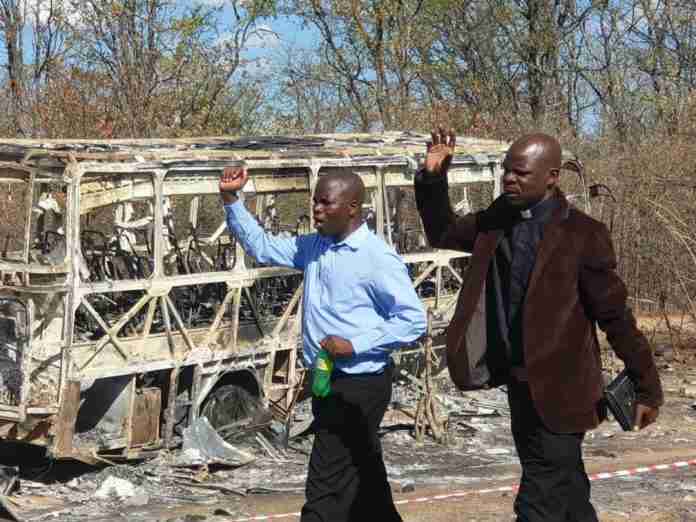 It’s been five years since five people died in Chitungwiza after a goblin exploded as it was being beheaded.

That, at least, is how many still remember the events of January 2013, when a blast powerful enough to blow the roof off a house and shake nearby homes hit Zengeza, Chitungwiza. After the blast, The Sunday Mail reported: “Traditional healers claimed that the tragedy occurred during a cleansing ceremony in which a goblin was beheaded.”

Over the past three weeks, Zimbabwe has seen two major bus crashes, in Rusape and at West Nicholson, and at least four fires; in Kadoma, Bulawayo, Glen View and Mbare.

In a normal country, investigators would be allowed to pick through each chase and report on it. But this is Zimbabwe, where every event has something to do with either of two things; party politics or evil spirits.

And so, instead of demanding the enforcement of road rules and safety measures, we convinced each other that there were spirits out to get us. Some spirits are even from Guinea, one said. Some live in the President’s scarf.

And so it was a bad spirit, not bad driving, that caused the driver of that Smart Express bus to overtake on a curve near Rusape, against clearly marked no-overtaking lines.

“Preliminary investigations carried out by police indicate that the driver of Smart Express bus who was coming from Mutare overtook a haulage truck and a Toyota Wish vehicle at a prohibited zone,” Police said.

It was a spirit that caused the gas leak on that bus in West Nicholson. It was nothing to do with the desperation that drove that person to carry that tank in the first place, or the failure of that bus crew to enforce safety regulations.

On Sunday, three died when their car plunged into Mupfure River, near Chegutu. The driver was trying to overtake at the bridge. Can intercession fix such driving?

It was also bad spirits that caused the fire at the Glen View home industries complex, the third such fire there this year alone. It had little to do with the fact that there are no safety measures being followed there whatsoever. Repeated recommendations by the Harare Fire Brigade to install fire points and fire extinguishers have been ignored, according to Clever Mafoti, Harare fire brigade’s divisional officer.

And why is that? According to City of Harare spokesman, Michael Chideme, council is powerless in the face of “space barons”, a term council uses to describe the politically-connected extortionists who control vending spots across the city’s many markets. Chideme says these barons have denied the council access into the Glen View complex to build roads and place fire hydrants and other safety infrastructure.

This means, after the poor tenants of the complex have rebuilt, this will happen again. The carpenters there store a lot of highly flammable adhesives, which they use for their furniture, and none of it is safely secured. When they catch fire, as they will, we will blame the spirits.

Another fire broke out near the Siya-So complex in Mbare. Could it be bad spirits that caused people to melt copper in the open, burning six cars?

In Bulawayo, when fire hit a doctors’ hostel, the fire brigade arrived late. Why? People didn’t even know what number to call. According to Bulawayo Chief Fire Officer Richard Peterson, the bar attendant who first saw the fire “had no numbers for emergency services”.

The fact that we don’t know emergency numbers, as well as we do the 911 on TV, means someone is sleeping on duty.

“The fire department is rotten”

In Kadoma, a fire consumed the Edgars and Jet Stores, which are housed in an aged building on the town’s mains street. The entire town of Kadoma has no working fire engine. They had to summon a fire tender from Chegutu, some 30km away, and another from Ngezi, which is even further away.

A Kadoma businessman, Hardday Mandawa, added: “The City of Kadoma does not have any fire engines, but during the diesel shortages its two vehicles that act as fire engines would get first preference at a local service station, but we are surprised that these vehicles are not working.”

Kadoma is not alone. In August, when a possible grain dust explosion happened at Lion’s Den, the country’s biggest grain storage facility, the nearest town, Chinhoyi, had no working fire tender. The fire engine had to be called in from Chegutu, some 120km away.

Every day, five people die on Zimbabwe’s roads. According to the Traffic Safety Council, 90% of road accidents are due to human error.

In Senate, a Chief Chundu (Abel Bhasera) of Hurungwe demanded to know why the Government was not funding cleansing ceremonies to protect our roads. To his credit, Deputy Transport Minister Fortune Chasi said private citizens were free to do so, but Government would not do it.

Senate President Marble Chinomona pleaded with Chasi: “Minister, are you even considering it?”

Chasi responded: “No, we are not.”

No amount of prayer, anointing oil, or chanting to ancestors would have stopped that Rusape bus driver from overtaking at high speed on a no-overtaking zone. Law enforcement could have.

Bad driving, coupled with our poor infrastructure, cannot be prayed away. They can only end with actual law enforcement and real investment in infrastructure.

In 2015, the Government introduced Statutory Instrument 129, which makes it illegal to operate a bus without a speed-limiting device. This regulation has never been enforced. Bus drivers will keep racing up and down our highways unhindered, however many nights we pray, until the law is followed.

Our beliefs are important, but they surely must not always supersede our facts, lest we start to believe that benevolent ancestors can send us pure diesel, or that some bad spirits are causing us to drive badly or ignore basic safety measures.

A council report said some of the buildings had no emergency exit doors, fire hose reels did not work, and electric cables were unsecured, posing a fire threat. Six years later, these buildings are still occupied by thousands of small business owners, and no renovations have ever taken place.

Should tragedy strike, we will not demand demand answers as to why the warnings of professionals were ignored. We will say it is all down to the bad luck brought by gangs of roaming bad spirits, angry over elections. We will call for prayers to dismantle the altars of Satan. Pastors in shiny suits will pray all night. And we will carry on.

There is no worse mix than that of a paranoid Government and a superstitious population. Government flunkies have been spinning conspiracy yarns that the fires may be part of some sabotage campaign by the opposition. They have never taken responsibility for anything.

And as for some citizens, all this is no coincidence. The spirits are unhappy. They are causing drivers to drive badly. They are igniting random fires. We need cleansing. Satan is roaming. Years ago, it was always Peggy the ghost prostitute causing drunken male drivers to crash on highway curves.

In the end, we learn nothing, and we will not demand accountability, or think harder about how badly our driving has become, or call for professional law enforcement and safety measures.

Instead, years later, we will still be blaming tragedies on exploding goblins and political party card-carrying spirits.

OPINION | The return of the establishment: What a Biden presidency would mean for Zimbabwe 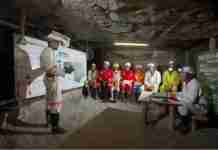 Change your ways or sanctions remain, US tells Zim

OPINION | Zimbabwe’s Bretton Woods: How a country’s failure to update its world view...