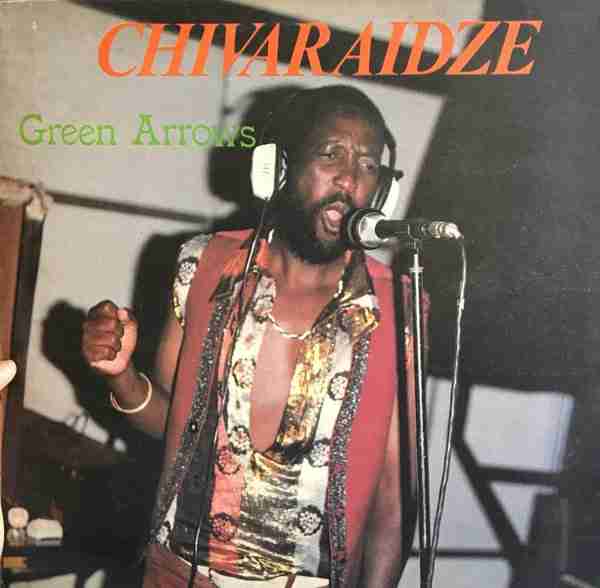 The music journey of Zexie Manatsa, the Zimbabwean icon who has died of cancer at age 78, starts with two gifted brothers – and two stolen guitars.

It is the 1960s, and brothers Zexie and Stanley Manatsa have been playing music around the mine and farm routes in Mhangura. Zexie has been shifting between a makeshift guitar and a pennywhistle that he had rustled up from a friend in Bulawayo.

Together with their friend Jealous Siyagwaja, they play at the “tea parties” that are all the rage in those days.

They do the local beerhall circuit too, but soon get tired of being paid slave wages – or not being paid at all.

Hotel owners at the time own the instruments, giving them power over bands. At Mujakachi Beerhall in Chinhoyi, the boys play for three months. No pay.

But one day, the boys get fed up. Zexie comes up with a plan.

“I said to Stan, ‘how can we stay here without pay?’ He (Mujakachi) had bought us two electric guitars, a bass and a lead. We had a brother staying in Bulawayo. I said we must leave this place and take these guitars,” he said in an interview in 2006.

And so the boys do just that. They make a run for it, two guitars in hand.

The Manatsas catch the midnight train to Bulawayo, where they perform as the Mambo Jazz Band.

They find themselves playing at Jairos Jiri’s home of the disabled. They join up with the great Fanyana Dube, forming the Sunrise Kwela Band, a band that was to spin off a lot of talent through the years.

They began touring, playing simanjemanje music, the South African sound that was huge throughout the region then. It had been made popular by acts like the Mahotella Queens and Izintombi Zesimanjemanje.

Legendary South African producer West Nkosi spots them, likes what he sees, and signs them up to his label.

In October 1974, they recorded one of Zimbabwe’s most enduring hits. Chipo Chiroorwa – inspired by the wedding of his cousin Chipo – was a massive success. The band was on its way to stardom. It was the first Zimbabwean record to go gold. The song is jazz, kwela and lots more, all in one track. That guitar riff is to die for. Stanley, they say, used the old waah-waah pedal to get that ‘mangled’ sound out of his guitar.

They also experiment with rock and funk, which was huge in the country then. In 1975, they recorded Towering Inferno, a rock tune that would not be out of place at a Woodstock festival of the time. On the flipside was the funk instrumental, No Delay.

By some accounts, the Green Arrows were the first band to record an LP in February 1975 when Chipo Chiroorwa was released as an abum by Gallo. The song Musango Munehangaiwa stayed on the charts for four months.

Musango Munehangaiwa – literally translated to ‘there are doves in the forest’ – is a tribute to the freedom fighters. It is a theme that the Green Arrows were to run with in a lot of their music, releasing a string of protest hits targeting the Smith regime, using metaphors.

Among the most militant of these struggle songs was Nyoka Yendara. The song’s relentless high tempo was pure defiance on a rhythm and bass. The sharp lyrics were barely veiled.

It must have been obvious, even to the Smith regime, that “vakomana vanoridza hosho” was not exactly about boys playing the hosho instrument. They should have known, too, what he meant when he sang, in another protest song, of “madzangaridzimu atishaisa rufaro”.

In 1979, Zexie married his first love, Stella Katehwe. When the Reverend at Mbare Methodist said to Zexie at his wedding: “Well done, Zexie, wawana chivaraidze chako”, it inspired him to immediately write one of his famous tunes as a dedication to his bride. The album, Chivaraidze, came out months later.

The new couple celebrated their wedding in the most Zexie way possible; in front of thousands of fans at Rufaro Stadium, where people paid a dollar – a princely sum then – to enter.

Zexie remained a force throughout the 1980s.

His song Tea Hobvu was delivered in the garments of a Mapostori church patriarch demanding his bread and strong tea. It went down well with his fans. Not so much with members of the church, who issued their version of the fatwa on him.

But that wasn’t the only song the Mapostori would hate.

The year 1987 brought a new innovation. Tsuro Soccer Star, a six-track album, carried anthems in honour of the four biggest football clubs in the country then; Highlanders, CAPS United, Dynamos and Zimbabwe Saints.

Saints are gone, but, to this day, Zexie’s songs still play at stadiums as fans gather for Highlanders, CAPS and Dynamos matches.

In the early 1990s, things changed for Zexie, and not in a good way. He suffered a series of calamities. He had escaped death in a car crash in 1987, which left him emotionally scarred, and also without all his instruments. In June 1990, his brother Stanley, the lead guitar genius who had been Zexie’s stage partner from day one, died. Four years later, Sabastian, another of the Manatsa brothers who was part of the band, also died.

“I was with my wife, coming from a beerhall, when we heard people singing,” he said in a magazine interview in 1995. Curious, and drunk, they ventured near the “crusade”. Soon, they were at the altar, taking a new turn.

Among his fellow students in Bible school was another talented singer; Biggie Tembo. Biggie was to later commit suicide.

Manatsa’s journey did not take Biggie’s tragic path. He thrived. He went on to serve as a ZAOGA pastor, raising his sons: Green, Tendai, Freedom, Aaron, Takunda and Shingirai. Green, Freedom and Tendai are musicians.

In 2006, the Green Arrows got a modern era revival when Analog Africa published “4-Track Recording Session”, an anthology of some of their best, early material.

On August 12 last year, Zexie announced that he had been diagnosed with multiple myeloma, a type of cancer. He died in hospital on Thursday.

Zexie Manatsa’s journey started in the farms of Mhangura, in the tea parties and in local beerhalls. It was propelled to a new level to the tune of two justifiably appropriated guitars. It was forged in the music factory that was Bulawayo’s Jairos Jiri. It is, now, sealed forever in a rich discography, one of the most enduring legacies of Zimbabwean music. 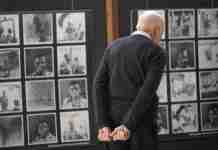 After 70 years in the basement of a London church, this pioneering art collection has returned to Zimbabwe 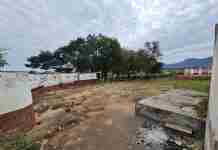 COLUMN | Stories from Dangamvura: The big bands once played in the township, and then they left 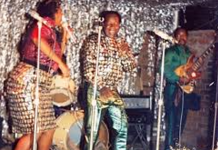