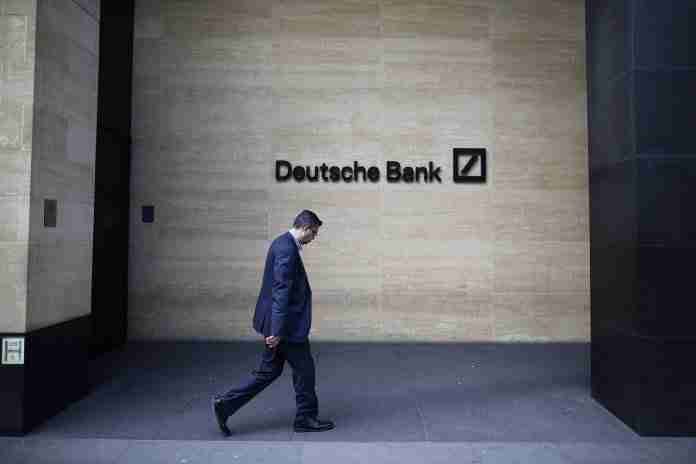 Deutsche Bank has cut correspondent banking ties with Stanbic Bank, dealing a body-blow to one of the few remaining international banking providers operational in Zimbabwe.

Stanbic, the local unit of Standard Bank, is the latest lender to have its U.S. dollar correspondent banking services – which are key to facilitating foreign currency exchange and payments – terminated by an international bank.

“Deutsche Bank were no longer able to support the clearing of a few of our U.S. dollar based services,” the lender said in an emailed response to questions. No reasons were given for the termination. Deutsche Bank declined to comment.

The Reserve Bank of Zimbabwe estimates that at least 102 correspondent banking relationships were lost over the last decade because of the country’s perceived high risk due to sanctions. Stanbic Bank, which counts among its clients major exporters, non-governmental organizations and embassies, said it now operates a U.S. dollar correspondent banking relationship through its parent company in South Africa.

“Please note that we have changed our USD correspondent Bank to Standard Bank South Africa. This has been necessitated by our need to leverage off the group resources,” Stanbic told customers in an email on August 25.

“As a member of the Standard Bank Group we deemed it necessary to take advantage of the internal synergies that exist in our operations, consequently enabling us to continue serving you, our customers with greater efficiency.”

Deutsche Bank for years has been pulling back from offering correspondent banking as the costs to ensure compliance with know-your-clients rules have increased. It has also been exposed to regulatory actions for acting as a correspondent bank for Danske’s Estonia unit while suspicious transactions from Russia were flowing through that lender.

In 2020, the European Union added Zimbabwe to a list of about two dozen countries whose financial regulations are deemed not strong enough to prevent money laundering and terrorism financing. Among counties added last year were Botswana, Ghana, Mauritius and Zimbabwe. Ghana has since been removed from the list.

Inclusion on the EU blacklist means that financial transactions between Zimbabwe and Europe get extra scrutiny to avoid “deficiencies” that may be used by money launderers and terrorist financiers. Banks have to add extra monitoring measures, which some may consider costly.

The EU measures have been a sore point in African and EU relations. The African Caribbean and Pacific (ACP) has previously described the listing process as ‘unilateral and discriminatory’.

In 2019, the US Treasury fined Standard Chartered Bank plc US$18 million in fines for handling transactions for Zimbabwean state-owned firms and sanctioned individuals.

Last year, CBZ, Zimbabwe’s largest bank, was cleared of having to pay a US$385 million penalty for processing transactions on behalf of a local company that was under American sanctions.

How government is perpetuating fuel crisis

IMF: Ncube’s reform plan is ‘comprehensive’, arrears the next hurdle

And another one: Caledonia buys Motapa Mine from Metallon unit, adding to growing gold...