President Emmerson Mnangagwa says the freeze on the accounts of several companies, including that of influential Sakunda, was meant to deal with “smart” people that he says are undermining the currency.

Speaking on Saturday night at a meeting with a group of supporters in New York, where he is attending the United Nations General Assembly, Mnangagwa said Zimbabwe needed its own currency, but a brief period of currency stability had been shaken over recent weeks by black market activity.

“On the monetary side, yes, we introduced the one currency. For six or eight weeks, it remained stable, but then our people are very intelligent. We have people who find ways to fight that and undermine (the currency), but yesterday we also became smarter than their being smart, so we took some action,” Mnangagwa said.

On Thursday, a letter from Wonder Kapofu of the RBZ’s Financial Intelligence Unit (FIU) ordered banks to stop all withdrawals and transfers from the accounts of Sakunda, Access Finance, Spartan Security, Croco Motors and related companies.

“As we carry out further analysis, you are directed to freeze, with immediate effect, all accounts held in the names of the listed entities until further notice,” the order said.

In his remarks on the measure, Mnangagwa suggested that central bank governor John Mangudya was not unaware of the actions of the FIU, a unit that is supposed to act independently.

“Governor was not there, he’s just come from East Africa, but I’m sure your colleague (Mthuli Ncube) must have briefed you by now, what actions we have taken,” Mnangagwa said, gesturing to the Finance Minister and Mangudya in the audience.

The measure, Mnangagwa said, had stalled the run on the currency on the black market. “We have now arrested the galloping rate, which had gone up to about 20, 23, 24. By the time we left it had come down to about 15 and it’s still coming down, because we had put up some measures.”

For the past three straight years, the month of September has seen sudden price hikes and currency runs.

Market watchers believe this latest September crash is a combination of a surge in liquidity on the local market, speculation, demand for US dollars for critical imports and the end of the tobacco selling season. The local unit has lost just over 60% of its value over the past month.

Panicked by the bloodbath, the RBZ moved to tighten the rules governing bureaux de change on Friday, ordering them to limit their rate margins to within 7% of the official interbank rate.

Formal dealers however say RBZ’s measure, which came after a heated meeting between bureaux operators and central bank officials last week, will only drive forex into the black market, keeping pressure on the local currency.

The forex crisis has caused a new round of price hikes. In a national address on Friday night before leaving for New York, Mnangagwa said he would not interfere with pricing, but warned that “where clear failures become evident and rampant in the market, the hand of Government will inevitably show”. 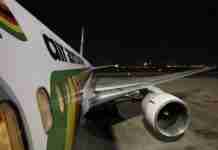 World nickel price are shining, but is Zimbabwe’s Bindura ready?

FEATURE | How one woman’s backyard hydro farm is beating drought...

OPINION | How the Zimdollar has been a disaster for asset...